“Forgiving is not forgetting; its actually remembering--
remembering and not using your right to hit back.
Its a second chance for a new beginning.
And the remembering part is particularly important.
Especially if you don't want to repeat what happened.”

Step Eight is where my 'work' finished for the night. It was a late night, having worked for hours with who has only ever been a mentor and spiritual guide. I took a massive sigh of relief and was left to go and figure the rest out myself; my own time and in my own way. It was time to go and take responsibility and make my amends to all those I had hurt in the midst of struggle, illness and addiction. This was Step Nine. Where the AA Promises were about to be realised. So here I will discuss Step Eight and in the next post my experiences around making amends.

"We attempt to sweep away the debris which has accumulated out of our effort to live on self-will and run the show ourselves. If we haven’t the will to do this, we ask until it comes.

God help me to become willing to sweep away the debris of self will and self reliant living. Thy will be done for this person as well as for me. Amen."
(p. 76 BB)

As I spoke of earlier, I had a large degree of recovery by the November 2014 I did my Step work. I had a long history of mental health struggles and various addictions, and I was very well aware of the damage I had caused. Step Eight is about finding, even at this point, just the willingness to make amends. I think for me it was very easy to quickly dive into self defeating thoughts. Torn between justifying harm, anger or resentments I held, or blaming myself and sinking in self pity.
What helped me here was doing it all in one go. Sitting having completed the first Seven Steps with someone beside me, having experienced a range of emotions and not suffering alone with them, a willingness and honesty from me was easier to find. Maybe I was inescapable from myself or unable to procrastinate? Kept on track by another being beside me?
By this point I knew if my recovery was to endure on any level, I had to be living the program. This simply meant, at least to me, that I was practising all I was learning - to the best of my ability. I had to change my life, if I stood any chance of changing myself.

In Step One, Two and Three we had prepared ourselves for more. Accepted powerlessness, sought help from something bigger than us, and found willingness to surrender. Steps Four and Five, I delved into myself and learnt about all I had been harbouring that was keeping me ill, and followed this by sharing it with another, therefore releasing myself. Step Six and Seven, again willingness to let go, and then allow myself to begin transformation, change and growth. And now, in Step Eight and Nine conclude the action Steps. (Though of course working the program is all action, when we get to Ten, Eleven and Twelve, these are considered maintenance Steps and ones we need to practice, daily, to stay in healthy sobriety.)

Taking my Step Four inventory, I assessed the damage I had caused;

"Every A.A. has found that he can make little headway in this new adventure of living until he first backtracks and really makes an accurate and unsparing survey of the human wreckage he has left in his wake." (p. 77 12&12)

I needed to, here, think about if there was anything else I needed to include. Had I missed anything or neglected to be honest, with myself and another? This wasn't about berating myself, or knocking myself down, it was about owning what I'd done, taking responsibility for it and finding a way to communicate that effectively with those I had hurt. I needed to make sure I was doing these amends for the right reasons too, so I needed to think about who I needed to make them with immediately, or as soon as the timing was right, and those that perhaps needed deeper reflection. Reflection not avoidance.

In her book "Sane" Marya Hornbacher suggests, that for those of us with mental health problems, to devise two lists for those we have harmed; one for our mental health/brain disorder and the other for our addiction. Whilst I didn't do this, which now I would advice another to, I did work very hard to identify those differences. I had people on my list who had been impacted by both. With my illness and addictions being so entwined I had certainly hurt my close family in many ways. What I needed to figure out, was where were my struggles which were beyond my control, which whilst hurting and causing pain to my family, were not me actively harming them, and where I behaved in unacceptable ways and caused chaos and suffering to those around me.
Even today this is hard. It is almost two years down the line, and the clarity can be difficult. It devastates me to know how much I have harmed my parents. They are the ones who lived with me through the majority of my destruction and to the day, are my greatest source of support. But there is a distinction, in what I had control of and that I was utterly powerless over.

In my head I took to owning where I had directly caused harm. Actively drinking despite my mother's concerns. Lying to her. Denying any problems. Reacting to her defiantly, aggressively and disrespectfully. Over medicating. Showing no responsibility for myself mentally, emotionally, physically and financially. How not taking care of myself in any way, shape or form, I not only let my mental health run out of control, my behaviours did too. Before getting sober I let it all fall away. I lost complete control. I was manic and angry and blamed every around me. I spoke to my family in ways I would never normally dream of. Even if my mental health was making me very sick, this wasn't an excuse, and it never will be. It meant that in the midst of it all, illness and addiction, I lost any control over how I behaved. I walked through the doors of AA not only broken myself, but having made a pretty good job of destroying the relationships close to me. I was sick and tired of being sick and tired. I was tired of how I treated myself, and I despised myself for how I was treating others. Misery was feeding misery, and I had to take action. My first meeting was that action.

I won't list those I made my amends to, what I will say is that I did most face-to-face but I followed them all up with a letter. That was personal to me. I also did some of those amends via a letter. There was one person I was not able to see. It was not appropriate for me to ask to see this person and it also may have caused harm to us both. I made the decision, eventually, to write to her. This amends was one of the hardest I had to do. Why? Lets see...

This amends was the clearest example I had of hurting and harming someone very dear to me, who I cared deeply for, had huge amounts of respect for, and who when we finally cut contact, I had behaved in ways I carried shame for. I also carried the pain and resentment of how the relationship ended. She had worked closely with me for many years. Helped me through some of the most painful times in my life. When the relationship fell apart, I was a person I barely recognised then, let alone now. I know a huge reason for my behaviours was the state of my mental health at the time, but... but I wrecked havoc and for that, not only did said person deserve an amends for that, I needed to forgive her for the pain she caused me, and forgive myself for my behaviour, therefore moving on. I was owning my behaviours and irresponsibility, but also accepting and acknowledging, I was suffering from severe mental health at the time. This was a huge learning curve for me. Identifying what I am able to control and contain. Learning to respond and not react. That's the biggest. This Step helped me see what I was capable of. What tools I had and could apply in the future. How I could have saved myself and others a lot of pain. I looked at what I could have done differently, and what was within my power at the time, and how in the future I could avoid this happening again.
By the time I had been through all of this, I had no issues making the amends. In fact, I was desperate to own what I did. It was an ah ha moment for sure. An, oh my God, this didn't need to happen and even though it did, it doesn't have to happen again.
From feeling such anger towards this person, and blaming her for hurting me so much, I found myself wanting to race ahead and own all I did. For years I stood firmly, only blaming her and denying my role in what went on. And if I did own any of it, I was in self pity and self blame. Packed full of anger and resentment either way. I no longer felt ashamed or like I needed to avoid her or a conversation about it. I was no longer resentful. I was free.

I can't predict what's ahead, or control others behaviour, such as in this instance. Perhaps nothing would be different, but it could have been. Or if not that, I could have not lived for years after carrying a resentment that was stopping me getting well, and keeping me in active addiction.

This amends has been the one freeing me the most. I had carried the pain, anger and disappointment for so long. And as painful as digging up this part of my past, how grateful I am for it. It allowed me to also, make an amends to myself. I was able to let that experience go. Release myself from self hatred and blame. With more clarity, I had a period of time I could learn from and move forward with, without it forming repeated destructive patterns in my future.

Sia Jane
Thirty-something tea drinking writer & dreamer. Each day is a new opportunity to begin again & create yourself all over. Never stop learning, or loving, or dreaming. Often outspoken. Always honest. And out of life's school of war; what does not destroy me, makes me stronger. 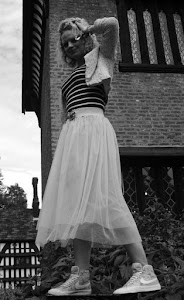 If you would chase her
to the ends of the earth
climb ladders in to the sky
jump on to clouds that
ascended
just to follow the light
of a thousand stars
and rest on the moon
to counter
the light years you
pursue, racing to catch up
if you would wrap yourself
around this infinite
Universe
just to say: I love you
make sure, she's the one
to say: I love you back.

Sia Jane is a full time writer, dreamer, & spiritualist.
She is fully recovered from an Eating Disorder & in the past 18 months her life has changed dramatically as she began a new journey through sobriety.
This blog is the next chapter - if anything it will chart her recovery from addiction & her endeavours to take one day at a time.
The best is yet to come. 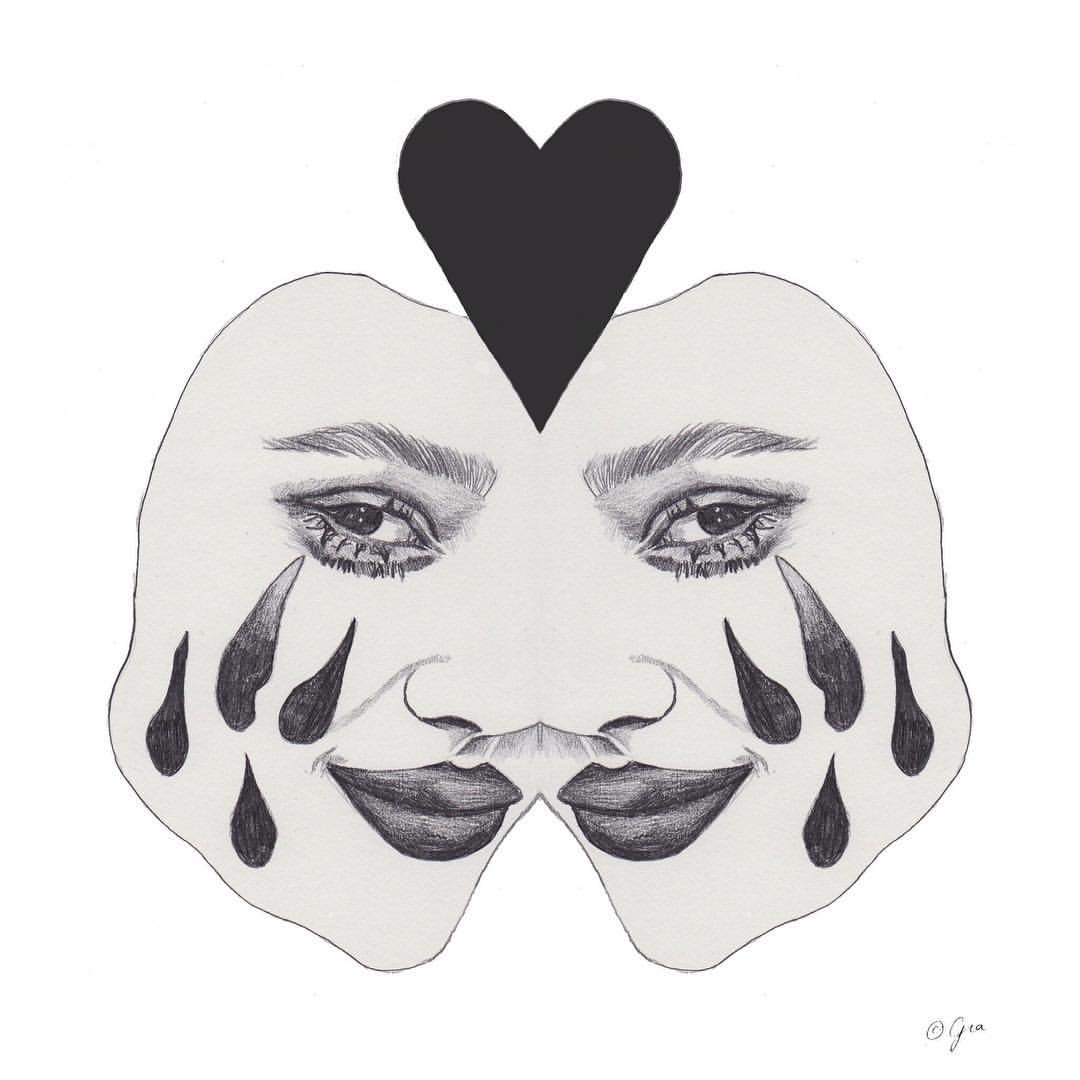